Known affectionately as “Ypsi,” Ypsilanti is a true college town, built up around Eastern Michigan University. It’s six miles east of Ann Arbor, and 18 miles from Detroit. Yet more than a suburb, Ypsi has a life of its own. It’s home to the second largest historic district in the state, one which spans the Huron River from Downtown to the historic Depot Town, home of a microbrewery, farmers market, and trendy storefronts. It’s where Domino’s Pizza was founded, and carries the infamous distinction of winning the “Most Phallic Building” contest (you’ll know it when you see it!). Every year, Ypsilanti hosts summer festivals along the banks of the Huron, including the Ypsilanti Heritage Festival, the Elvis Festival, the Orphan Car Festival, the former Frog Island Festival, a Latino festival, and the Michigan Brewers Guild Summer Beer Festival.

Eastern Michigan University welcomes more than 18,000 undergraduates and 4,800 graduate students each year. In such a college oriented town, off-campus housing is in full supply.

The neighborhood surrounding N Huron River Drive near Cornell Road is a popular spot for sports buffs and diehard Eagles fans. Stretching between main campus and three of EMU’s major sports arenas (Oestrike Stadium, Rynearson Stadium, and the EMU Dome), this area is dotted with apartment complexes that students love to patron. Despite its proximity to campus, only a little more than 20 percent of this area is occupied by college students, so it’s a great choice for those looking for some distance from student life without distancing themselves from campus.

W Clark Rd / Leforge Rd sits across the Huron River from campus and offers a number of housing options for students. Nearly forty percent of the residents here attend college. Campus is a short commute by car or bike, and Penninsular Park provides great views of the waterfront for outdoor study sessions in spring and fall.

W Cross St / N Huron Street neighborhood is located on the east side of campus between EMU and the Huron River. The narrow swatch of land holds plenty of housing options, the majority of which are rented to college students. Historic buildings, high walkability, an above average safety rating, and near proximity to Downtown and Depot Town make this area extremely popular. 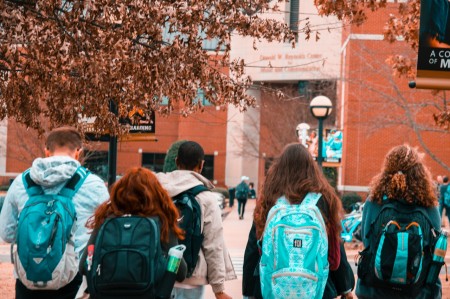 Recent Questions:
Q : I am looking for a studio to stay from July 9th to July 25th. Is there any available? Thanks
Click to Answer

The apartment isn't real fancy or up to date but never had any issues with that! Was actually a good apartment for the price.The neighbors were loud and there was always peopl ...